Trump Says India, US Optimistic Of Forging Trade Deal To Benefit Both 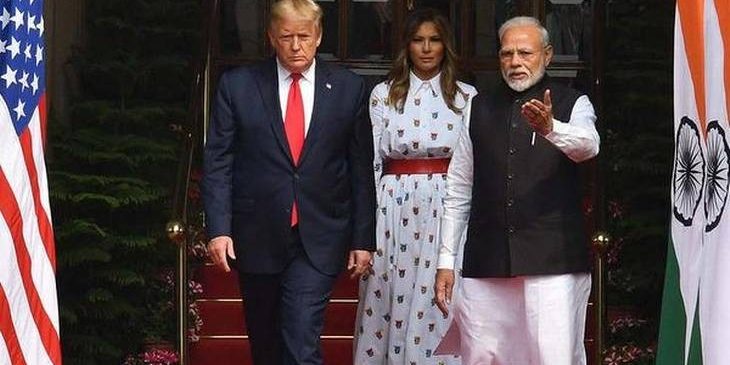 Amiti Sen US President Donald Trump has said that ‘tremendous progress’ has been made in trade talks between the US and India and a bilateral trade deal could happen soon.

“We are optimistic that we can make a deal that will be of great importance to both countries,” Trump said, while addressing the media jointly with Prime Minister Narendra Modi after their bilateral meeting at the Hyderabad House on Tuesday.

The US President said agreements for India to purchase more than $3 billion of advanced American military equipment, including Apache and MH-60 Romeo helicopters, would enhance the defence collaboration between the two countries.

Expressing satisfaction over the growth in trade with India, Trump pointed out that since he became President, his country’s exports to India went up nearly 60 per cent and energy exports increased 500 per cent. “As India grows, so do its energy needs. Yesterday (Monday), ExxonMobil signed a deal to improve India’s natural gas distribution network so that the US can export even more LNG to India,” he said.

Trump’s acknowledgement of a growth in US exports to India is important as his regime has been blaming New Delhi for not giving fair market access to American companies, which resulted in trade imbalance in India’s favour.

Modi agreed with Trump that a big trade deal between India and the US would benefit both countries. “Our Commerce ministers have had positive talks on trade,” Modi said, adding that the legal teams should give a formal shape to what has been agreed so far. He said both sides were ready to start work on a ‘big deal’.

The US President, who arrived in India on Monday, is on a two-day State visit to the country with his wife and daughter. Senior US government officials, including US Secretary of Commerce Wilbur Ross, National Security Advisor Robert O’Brien and Secretary of Energy Dan Brouillette, are accompanying the President.

Modi also stated that the two countries will start discussions on a totalisation agreement that would exempt short term workers from contributing to social security in each others countries.

One reason for the delay in the proposed India-US trade deal is Washington’s big wish-list that includes removal of price caps on medical equipment and greater market access for dairy products, mobile phones, motor bikes and high-end IT products and farm goods.