Govt To Bring Tax Refund Scheme For Exporters Before Cabinet 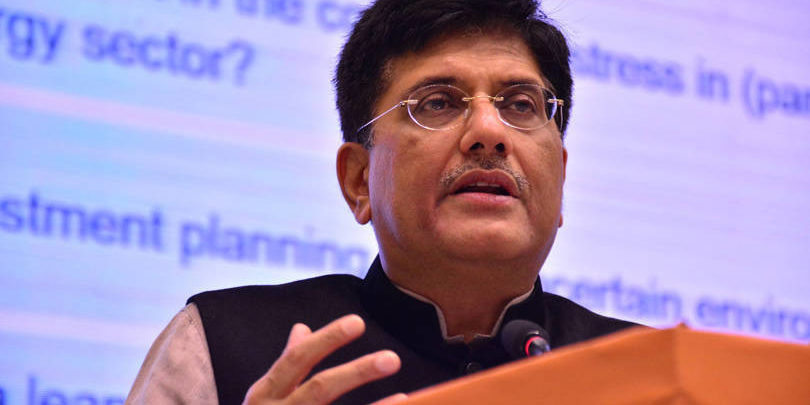 The government would soon bring the tax refund scheme for exporters before the Union Cabinet and would notify it, Commerce and Industry minister Piyush Goyal informed Rajya Sabha on Friday.

Replying to supplementaries during the Question Hour, the minister said the government is also engaged in codifying various laws relating to labour into a far more crisper, well defined, easy to navigate and understand set of labour codes and the same would also come up before Parliament soon for approval.

Goyal said the government is also encouraging its entrepreneurs to expand their manufacturing operations in the current global trade situation where nations are engaged with each other in a trade war.

“The scheme RoDTEP was announced by the finance minister for refund of various taxes to exporters. These will be refunded through the RoDTEP scheme. We will be shortly be going to the Union Cabinet and notify this,” he told the House.

“With growing tensions between countries, the government of India is seeing at opportunities for our manufacturers and is seized of this to allow our entrepreneurs to expand their operations and get more and more manufacturing attracted to India,” he said. ..
The minister said India cannot afford to be left behind in the race for technology and therefore government has been focusing very heavily on skill development to ensure modern manufacturing technology with 3D manufacturing, artificial intelligence, better data analytics. These are issues in which India will have to engage with the globalised world.

“We are very confident that as we engage with such modern technologies India will probably become a leader in the world in using these technologies, just like 20 years ago the IT industry took up this challenge and became a world leader,” he said.

To a question on people losing jobs, Goyal said there was no empirical evidence or detailed evidence of workers losing jobs in a big way.

About codifying labour laws, the minister said, “The government is engaged with a very constructive dialogue with all trade union leaders and is trying to codify various laws relating to labour into a far more crisper, well defined, easy to navigate, understand and operate set of labour codes which are coming before the House in the near future.”

He said the same was with the standing committee and would be taken up soon.

The minister also admitted that in many instances India has lost competitive advantage which it had for a variety of reasons.