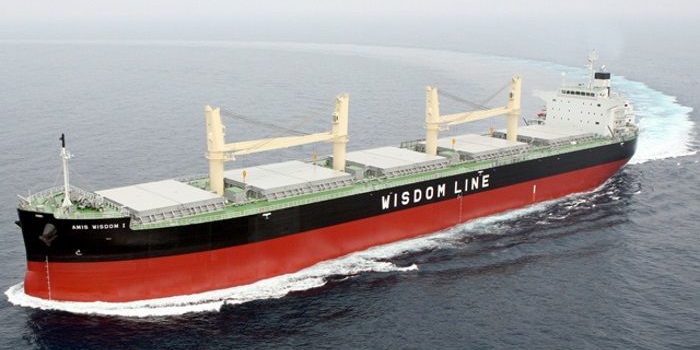 Featuring a length of 199.9 meters and a width of 32.24 meters, the bulk carrier has a flush deck with a forecastle and five holds that are designed for optimum transport of grains, coal, ores and steel products. Four 30-ton deck cranes are installed along the center in between the hatch covers to enable cargo loading and unloading in ports that lack cargo handling facilities, KHI said.

Wisdom Marine Lines has another two Ultramaxes of this size under construction at KHI in Japan. The 61,000 dwt ships are slated for delivery in February and April 2020, according to data provided by Vessels Value.