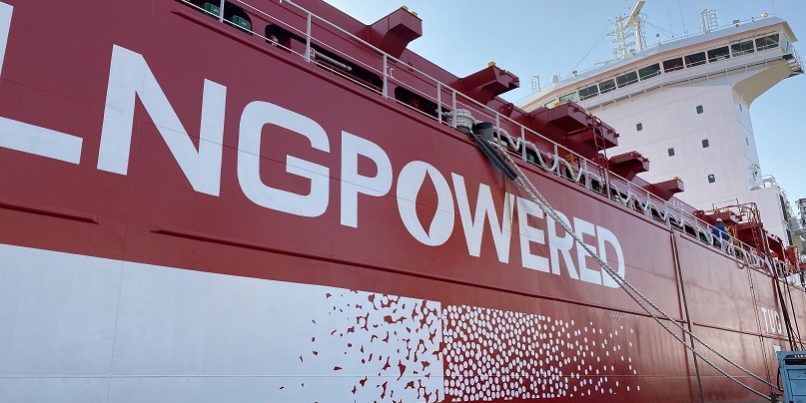 LNG is seen as a transition fuel to a net-zero carbon future and, as such, it marked an acceleration in the uptake across various shipping sectors in 2019, especially for newbuilds.

The key reason behind a greater interest in LNG has been ascribed to the development of the infrastructure to support its uptake.

The latest overview of the market from SEA\LNG indicated that LNG can now be delivered to vessels in some 93 ports with a further 54 ports in the process of facilitating LNG bunkering investments and operations.

When it comes to LNG bunkering, there are active bunkering capabilities or plans to provide LNG bunkers in numerous locations around the globe, including nine out of the world’s top ten ports, the coalition pointed out.

In early 2019 there were just six bunkering vessels around the world. As of February 2020, there are 12 in operation with a further 27 on order and / or undergoing commissioning.

Furthermore, Elenger started providing LNG bunkering services to LNG-powered vessels in the Port of Hanko, Finland, in addition to the ports of Tallinn and Helsinki.

In North America, there has been rapid development of LNG as a fuel – especially along the East Coast of the United States.

Singapore is LNG bunkering ready and is preparing a swathe of incentives for shipping companies that decide to use gas instead of bunker fuel.

The Maritime Port Authority (MPA) of Singapore expects the first of its two LNG bunker tankers to facilitate ship-to-ship LNG bunkering for ocean going vessels from the second half of 2020 onwards.

Singapore’s largest LNG bunkering vessel is under construction at Sembcorp Marine for Japan’s MOL. The bunker ship will be the second vessel of its kind in Singapore and is scheduled to start services after its scheduled delivery in early 2021.

DNV GL forecasts for 2050 that LNG would account for 41% of marine fuel portfolio.

However, for the industry to meet the IMO carbon targets of 2050, there is a need for zero-emission technologies to be introduced. Alternative fuels such as hydrogen and ammonia are expected to play a more prominent role in the decarbonization of the industry.

The coalition believes that global speed restrictions purported by some as the ‘silver bullet’ to achieve emissions targets “is another red herring.”

“Speed limits take no account of the consequences of this action on other parts of the highly efficient international multimodal logistics chain where shipping plays a vital role. This action could act as a disincentive for shipowners and managers to innovate and implement alternative fuels with lower GHG emissions and develop other technological efficiencies,” the coalition added.

“What we can all agree on is the need to act now – doing nothing is not an acceptable solution – we cannot wait for the ‘magic elixir’. “

SEA\LNG stressed that in order to develop the net-zero carbon future within a couple of decades there is a need for a team effort.

“In support of this, the next independently conducted report from SEA-LNG explores the availability of liquid biomethane and liquid synthetic methane. Although research continues, the initial findings on the potential global availability of bio-methane in the next decade are particularly exciting.”

The coalition expects the final results of the study to become available in the first quarter of 2020.