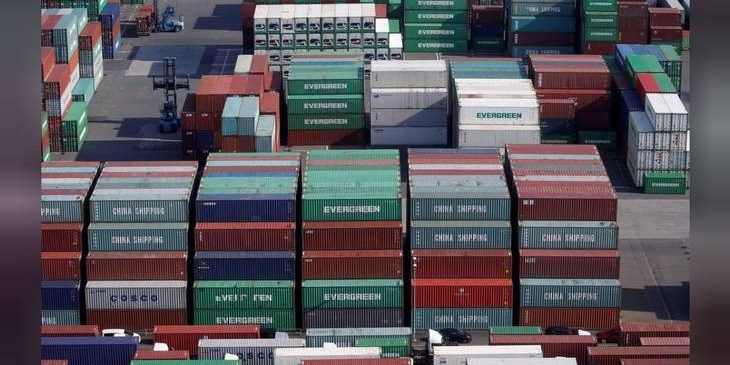 Japan’s machinery orders tumbled at their fastest pace since 2018 while exports posted a 14th straight month of decline as the world’s third-largest economy grappled with the widening impact of the coronavirus outbreak and a recent sales tax hike.

Government data out on Wednesday showed exports fell 2.6% year-on-year in January, smaller than a 6.9% decrease expected by economists and dragged by US-bound shipments of cars and construction and mining machinery. It followed a 6.3% fall in December.

Separate data on Wednesday showed core machinery orders, a highly volatile data series regarded as an indicator of capital spending in the coming six to nine months, fell 12.5% month-on-month in December, bigger than a 9.0% drop seen by economists.

The data underscores the challenge Japan faces in overcoming external and domestic pressures, with little room left for policy manoeuvring and the economy teetering on the edge of a recession.

While new year holidays in Japan and China were likely a bigger drag on exports in January than the virus, analysts expect China-bound shipments to weaken as the outbreak hits demand from February.

“The spreading new virus has prolonged the suspension of China’s factory operations and declines in capacity utilisation,” said Koya Miyamae, senior economist at SMBC Nikko Securities. “That will cause ripple effects on Japanese exports from February.”

Ministry officials said they were not yet sure how the coronavirus had affected shipments to China.

Data on Monday showed the economy shrank the most since 2014 in the last quarter as domestic demand took a hit from an October tax hike.

Exports to Asia, which account for more than half of Japan’s overall exports, fell 3.2% year-on-year in January, marking the 15th straight month of decline.

US-bound shipments, a key destination for Japanese cars and electronics, fell 7.7% in January, posting a sixth straight month of decline, led by a 18.5% fall in automobiles due to softening demand for passenger cars, the officials said.

Reflecting weak domestic demand, Japan’s imports fell 3.6% year-on-year in January, versus the median estimate for a 1.3% decrease, dragged down by demand for liquefied natural gas, mobile phones from China and coal.

Manufacturers surveyed by the Cabinet Office forecast core orders, which exclude those for ships and electricity, to drop 5.2% in January-March after a 2.1% fall in the previous quarter, dashing policymakers’ hope for domestic demand to offset weak exports.

In December, manufacturers’ orders rose 4.3% as gains in electrical and general production machinery offset a drop in automobiles, while those from the service-sector fell 21.3%, dragged down by telecommunications and goods leasing.